Clockwork Dungeon was discontinued. This information is no longer valid, but is kept for historical purposes. See Bottomless Dungeon instead.

Clockwork Dungeon, was a structure found on the Campaign Map which provided a group of quests that changed each day. Unlike regular Campaign Map quests, each quest in the Clockwork Dungeon contained two groups of 3 Dragons to fight. It appeared as a submarine in the middle of the first three campaign islands and could be accessed through the

button on the bottom left-hand corner of the Campaign Map screen. It could first be played after reaching Level 16.

The Clockwork Dungeon was replaced by the Bottomless Dungeon in Update 4.6.

Each iteration of the Clockwork Dungeon consisted of 6 quests. Unlike normal quests which require Portal Energy, Dungeon Quests required stamina

to participate in. Stamina was separate for each individual Dragon and was automatically refreshed on the next iteration of the Clockwork Dungeon.

Once a Dungeon Quest was completed, the Trainer obtained Dungeon Tokens, which could be used in the Dungeon Shop. Completing an iteration of the Clockwork Dungeon allowed a Trainer to choose one of the three chests, which could contain a Dungeon Dragon. The Dungeon reset daily at 05:00 UTC.

The Clockwork Dungeon was run and owned by Otto the Dungeon Master.

Inside the Dungeon[edit source | VE]

See battle for the battle interface

button beneath it (used to purchase the Dungeon Token Multiplier). The currently available Dragon was in the bottom-left corner of the map and had a small i button on the left side for viewing the Codex entry. Trainers could press the i button in the top-right corner to view general information about the Clockwork Dungeon. The

button in the bottom-left corner was for accessing the Dungeon Shop.

There were six Dungeon Quests available to complete each day, each representing a different area of the Dungeon and rewarding several Dungeon Tokens. The number of Dungeon Tokens awarded increased with each quest completed. Quests were one of three different colors depending on their availability. The quest that could currently be battled was yellow

, quests that could not yet be battled were gray

, and quests that had been completed were red

. All quests, regardless of color, had a white skull on them.

To participate in a Dungeon Quest, a Dragon needed to have at least one stamina. At the beginning of every day, each Dragon that was able to battle had three staminas. Participating in a Dungeon Quest reduced a Dragon's stamina by one.

Once a Dragon's stamina had been reduced to zero, it could no longer participate in Dungeon Quests for the rest of the day. Trainers could use Gems to restore a Dragon's stamina. Each stamina required 13 Gems to refresh, and could only be restored (to the maximum, for a total of 39 Gems) after a Dragon had run out of stamina by pressing the Revitalize 39

button. Stamina could also be restored if the Trainer was given a video to watch. There was a pre-set number of times videos were offered each day, which could vary; thus the Trainer might not even receive the option to restore the Dragon's stamina via watching videos. The

button would be shown under the snapshot of the Trainer's Dragons in the pre-battle screen of the next quest only if there was at least one Dragon that had less than three staminas and there were videos available to watch. Pressing it and watching the video would restore the stamina of all Dragons by one (even those who still had one or two stamina left).

Once entered, Trainers commenced a wave battle. During a wave battle, Trainers were required to defeat two sets of three different Dragons. After the entire first wave of Dragons was defeated, a second wave would immediately appear. The Dungeon Quest was only won after defeating the second wave. The power and levels of the opposing Dragons were based on the mean average of the top six Dragons of the Trainer. 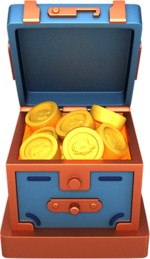 Completing a Dungeon Quest rewarded a Trainer with Food, Gold, and Dungeon Tokens. Each quest had a set base amount of Gold and Food, which depended on a multiplier that scales in accordance with the Trainer's level. After the modifier is applied, the final number is rounded to one that is dividable by 500. Thus, while the actual Food reward given to a Level 59 or higher Trainer for defeating the second quest is 5,250, the amount is rounded to 5,500. 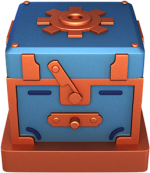 The amount given of these two resources was increased by 50% if the VIP Status was active. The amount of Dungeon Tokens rewarded could range from 20 to 200. This could be increased only if the Trainer chose to activate the Dungeon Token Multiplier, a feature that doubled the Tokens earned from quests. There were no stars or scores rewarded for completing a Dungeon Quest.

option. Each chest had a chance of containing Food, Gold, Gems, Scrolls, Dungeon Tokens, or the Dungeon Dragon of the Day. There was a 3% chance that a Dragon would be rewarded.

The Dungeon Shop contained both Dragons and decorations that could be purchased only with Dungeon Tokens. Regular Dungeon Dragons could only be bought after their highest Element had been unlocked.

Seasonal Events were limited-time instances of the Clockwork Dungeon that occurred during a widely held celebratory holiday. During these festivals, Trainers were provided with a unique schedule, Limited-Time Dragon, enemy Dragon rotation, and occasionally a unique battle background. For the entire duration of the event, the offered limited Dragon became the only Dragon available to be won from Dungeon Chests.

Retrieved from "https://www.dragon-mania-legends.wiki/w/index.php?title=Clockwork_Dungeon&oldid=103632"
Category:
Cookies help us deliver our services. By using our services, you agree to our use of cookies.