Dragolandia is the mystical realm in which Dragon Mania Legends takes place, and where Dragons and humans reside together. The land consists of two primary maps: 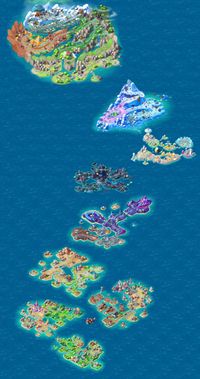 Retrieved from "https://www.dragon-mania-legends.wiki/w/index.php?title=Dragolandia&oldid=97864"
Categories:
Cookies help us deliver our services. By using our services, you agree to our use of cookies.