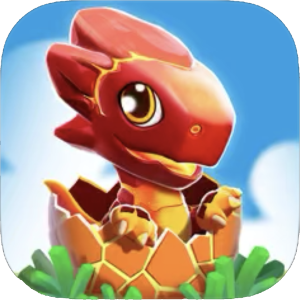 The main focus of this update will be the brand-new dragons being added in for the upcoming Origin of Water Ancient Event. Beginning on July 6 2020 and running throughout the month, this water-themed event will see players adventure through the Endless Sea, take on powerful Water Ancients and collect new dragons!

To ensure there's always a new challenge to work towards, each new monthly Sigil Campaign will feature a scaling difficulty based on your final position in the last Sigil Campaign. Though you will begin the new campaign back at the start of the map, the difficulty of the opponents you'll face will be calculated based on the last Boss Battle you completed. Each time you start a new monthly Sigil Campaign, the previous Boss Battle that you won is detected and then the new starting difficulty is calculated at four Boss Battles before that.
The Chests on the Campaign map are now displayed with their content probabilities.

The number of unique Dragons increased from 708 to 724.

Retrieved from "https://www.dragon-mania-legends.wiki/w/index.php?title=Update_5.4&oldid=93295"
Category:
Hidden category:
Cookies help us deliver our services. By using our services, you agree to our use of cookies.