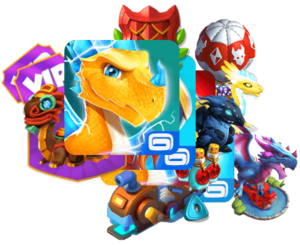 Updates allow new content to be added to the game, and changes and fixes made.

The Current game version number is found by pressing the

button in the top-right corner of the main screen, pressing the   Info   button, then selecting the   About   option.

button, pressing the What's New? button, and then scrolling through the panels provided.

During the regular running of the game, Gameloft may present news announcing future updates of the game, new content being introduced, or other types of events and activities. These are shown under the

News (more information about news). When a new announcement is available, a small exclamation mark ! appears on the

button can be pressed, the Downloadable Content button, and then the   Download All   button. If this last button is grayed out, it means the remaining content is fully downloaded. Downloading content can be halted through the Cancel button.

The following 62 pages are in this category, out of 62 total.

Retrieved from "https://www.dragon-mania-legends.wiki/w/index.php?title=Category:Game_Updates&oldid=102253"
Categories:
Cookies help us deliver our services. By using our services, you agree to our use of cookies.